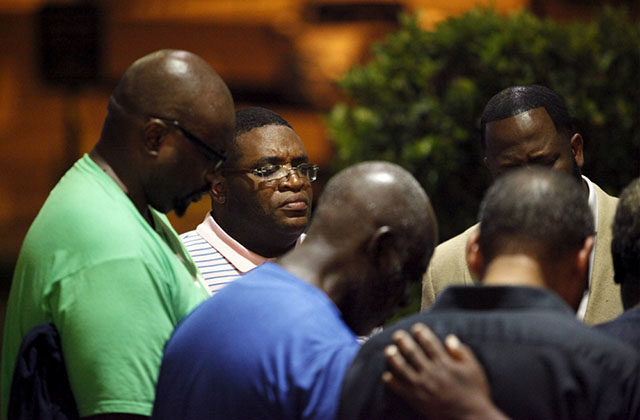 With the huge numbers of people across the globe pledging allegiance to the Christian faith – we can’t have enough ability to detect if the allegiance is surely to the LAMB AND HIS WAYS or the things, liberty that comes with saying, “I am a Christian!” …well it’s not even our place in the beginning

With the huge numbers of people across the globe pledging allegiance to the Christian faith – we can’t have enough ability to detect if the allegiance is surely to the LAMB AND HIS WAYS or the things, liberty that comes with saying, “I am a Christian!” …well it’s not even our place in the beginning to go around pointing fingers, remember there is just one judge and you and I know Him.

A contrite heart and a broken spirit is one of those biblical statements that I think sometimes people say and feel an immediate sense of holiness like, ”I know the way of the Lord and I walk in it – don’t you see my action right now?”, the action of- of course speaking!  Most times, believers sort of dose off while studying their bible and begin in their slumber to believe that , ”as long as they know, they are”. If you would rise and study scriptures again, you will see something like this in James 2 :19 You believe that there is one God. You do well. Even the demons believe—and tremble! 20 But do you want to know, O foolish man, that faith without works is dead? 21 Was not Abraham our father justified by works when he offered Isaac his son on the altar?. An entire chapter in the book of Hebrews is dedicated to discus Faith and the depth of action(Hebrews 11).

Psalms 51 should be a heart psalm for every Christ believer because surely all have sinned and fallen short of the glory of God. Repentance is a cure dosage every Christian should be willing to take down their throat regularly without arrogance or causing the doctor (GOD) to wait, whenever we flip to the other side, the one that doesn’t please God.

The psalm is believed to have been written by David the king of Israel at the peek of his reign, a time when he was conquering everywhere except in ”HIS HEART”. It is believed that the psalm was written by David after he had fallen into sin with Bathsheba his right man’s wife, Uriah, a general in his very army.

A kneeling Heart is one that is hard to find, arrogance and pride dwell in the heart of man unless God creates a clean heart for a willing man. The psalmist after a period of events acknowledges his sin and with understanding he asks of the only one who is able – the Lord, to create in him a clean heart.

Contrite refers to –  feeling or expressing remorse at the recognition that one has done wrong. Brokenness in this context refers to surrender, an understanding that causes one to not seek what they would want but the will and way of God. David the king is reminded that a kneeling heart is what God seeks not just bended knees. Action and not just utterance. The Lord didn’t require a sacrifice;  of bulls, fasting or a wearing of sack cloth and ashes, not even a lying- smiley face but rather; a contrite heart and a broken spirit. A heart that is regretful of it’s sin and a spirit that is surrendered to him.

King David laments :V16  ”for you will not delight in sacrifice, or I would give it; you will not be pleased with a burnt offering  v17the sacrifices of God are a broken spirit and a contrite heart, O God, you will not despise.” PSALMS 51:16-17 – and there it is.

If any man wills to return to the heart of God, being marked by the manifestations of His kingdom, the same thing that man has to deal with before God is his own heart. Repentance is a change of heart.

This discussion draws my heart to the many misconceptions on humility/brokenness, crammed formalities versus the God-built humility from inside out, a kneeling heart and not bended knees, which will be in our next issue.