THE QUESTION OF MORALITY IN TODAY’S CHURCH. 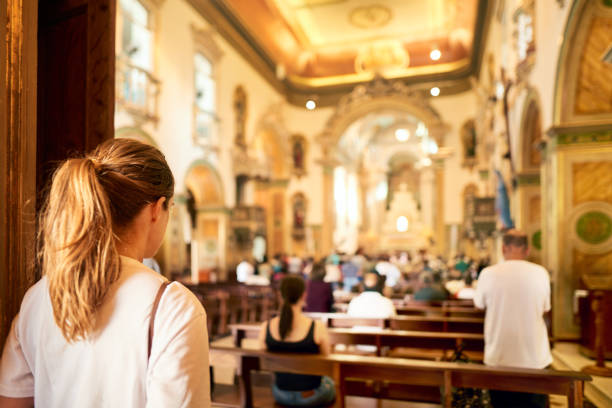 At the dawn of the enlightenment, numerous scientific, political and social revolutions brought about a radical shift in the way moral ethics was perceived. The shift supported the rampant tolerance, advocacy and promotion of many strange notions, some of which were the same-sex ideologies. These were re-instituted by the proponents of the so called “intellectualism”

At the dawn of the enlightenment, numerous scientific, political and social revolutions brought about a radical shift in the way moral ethics was perceived. The shift supported the rampant tolerance, advocacy and promotion of many strange notions, some of which were the same-sex ideologies.

These were re-instituted by the proponents of the so called “intellectualism” at the time and kept in motion by a number of activist groups and organizations with the aid of the growing public media and ideals of human rights.

As time went on, the combination of a heightened demand for representative democracy and a rising secularism within various western societies also fuelled the rise of the first and the second waves of feminism. Unlike the first wave that focused on legal equality dealing with such issues as the right for women to vote, the second wave of feminism advanced debates on more of moral issues such as women’s “reproductive rights” with the right to abort an unborn child at the forefront. Debates on this issue went on till a point of culmination was reached and this was highlighted by the 1973 U.S Supreme court ruling of Roe v. Wade which basically legalized abortion in America.

To piece all the above together, the major catalyst to all the mentioned developments was the enormous growth of the ideas of democracy with all their offshoots such as “freedom of expression” and “individual liberty”. In a world where sensuality is highly cherished, the emphasis on expressing oneself freely would obviously never be amplified better through a radical revolutionization of human sexuality and gender. From that time on, the world has in many ways had to deal with numerous perversions resulting from the sexual revolution or the devolution as some may call it.

Many have embraced and shown support for these liberal views with much of the West being in the lead. But in a similar and noticeable way, many individuals, institutions and countries in the conservative circles, with true Judeo-Christianity being at the forefront, have reasonably rejected these views to this very day.

This is clear from the recent news coverage about different events happening around the world. Case in point is what was trending on the international scene about Guatemala this very year in March.

This year on international women’s day, Congress in Guatemala passed a law banning “same-sex marriage” and increasing punishment for women convicted of committing abortion. The law was dubbed “Protection of Life and Family law”.

The law which passed with 101 votes in favor and 8 votes against reiterated the explicit prohibition of same-sex marriage within the country. Schools were also banned from teaching anything that could deviate a child’s identity according to their birth gender. Women who terminate pregnancies, except for saving the mothers whose lives are at risk, can now face sentences of up to 10 years.

It was stated by lawmakers who backed the legislation that the law was necessary because many minority groups in the society propose and promote ways of thinking and practices that are incompatible with Christian morality.

The president, Alejandro Giammattei, stated in an address that the passing of the law was an invitation to unite Guatemalans to protect life from conception until natural death.

Critics from within and the larger American community insist that the law stigmatizes people, discriminates and foments intolerance and hate speech crimes.

As some of Latin America’s largest countries such as Mexico, Argentina and Colombia expand abortion access and LGBTQ+ rights accommodation, this particular country south of Mexico is among the minority that have chosen to stick to conservative religious ethics basing on its recent legislations.

As earlier hinted on, the true Christian church ought to be in the lead when it comes to addressing moral issues of whatever kind since morality can only make sense in light of who God is. The church has got to understand that what she is dealing with is a complete overturn of moral ethics as we know them.

To borrow from the words of Harry Reeder, “oughtness” is how things ought to be and “isness” is how things are. Lately, instead of having the ethics which is the “oughtness” to shape our morality which are the “isness”, the world today has altered the ethics to accommodate the changing whims of the culture and morality. To put it in Scriptural language, men have conformed to the changing patterns of the world forsaking the transformation of the mind which comes from the saving word of God (Romans 12:2). What makes this all the more disheartening is that some supposed Christian groups such as Progressive Christianity buy into this. They undermine the saving power of the gospel and insist that the church should embark on evolving with the culture.

Ultimately, what we have is a culture best described as neo-paganistic. A vehement return of paganism with all its ideas has taken effect. Such ideas have infiltrated and influenced decision making in the largest spheres of worldly influence and authority namely; governments. The people tasked to think clearly for nations have given in to the immense pressure because of the love for power and the profitability of these schemes. As a result, all sorts of genocides ranging from abortion to infanticide and euthanasia have been embraced in the name of upholding individual’s rights. Hetero-sexuality is no longer the God-ordained natural form of sexuality because we now have to put up with the myths of homosexuality and bisexuality.

Whatever is happening in Guatemala and other such areas has direct implications on the freedom of the church of Christ settled there. The solemn and terrible privilege of experiencing first century persecution for the name of Christ seems to have given a return to the church. One thing for sure is that the enactment will cause more persecution for the saints. A number of ferocious laws have already been enacted in much of the West to oppress Christians. Good examples are the laws prohibiting “conversion therapy” which have direct consequences on the proclamation of God’s word to the lost. Much of Biblical language is now deemed to be hate speech. Many of the seminaries, Bible centered colleges and schools have been stripped of their privileges of access to a number public resources and financial aid. The pressure to give up seems to have begun weighing on the church.

The issue that is left to be addressed is the church’s proper response to this whole situation. First, the church all over the world has to unwaveringly accept the fact that the views expressed and promoted by the LGBTQIA+ and “Pro-choice” movements are a complete perversion of what God intended for humanity in the Genesis account and throughout Scripture. Secondly, for the “pillar and foundation of truth” (1 Timothy 3:15), caving in is no option at all. Accommodating the culture and embracing cultural relevance are not solutions to these present issues. Rather, we are to stand out as shining lights for the world to see sin for the darkness that it is. Thirdly, the church has to recognize the fact that the people involved in the various sinful ideologies and practices mentioned are not the enemies. These people are the mission-field. They need just the same transformation that all the saints everywhere have received (1 Corinthians 6:11).

Finally, and most importantly, as the church, we have to understand that God has advanced His saving power through the gospel of our Lord Jesus Christ. The church should remember to place its utmost trust and reliance in the relentless power of the gospel to transform the lives of men. We are to follow and fulfill the great commission by bringing the truth of Scripture to bear upon the hearts of men. We should not be ashamed (as the Apostle Paul says )of the gospel because it is God’s power by which all men everywhere who believe are saved (Romans 1:16). As the world makes all sorts of vain efforts to neutralize and empty the authoritative word of God of its power, the church, with all urgency, ought to proceed with its mission of preaching the gospel to all creation (16:15) and pray that God by his great mercy may transform the lives of the hearers.