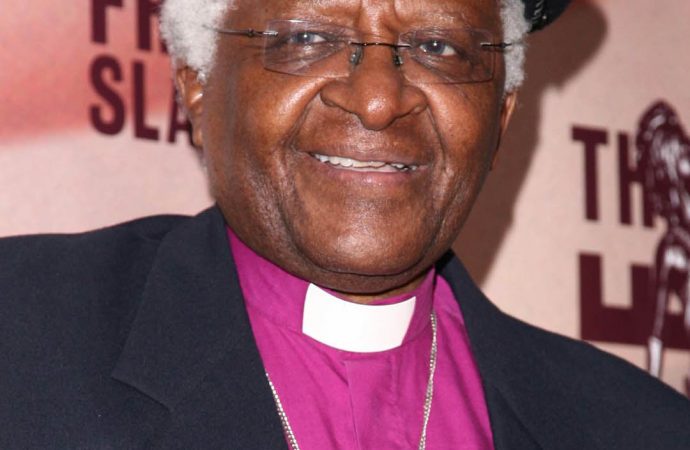 Archbishop Desmond Tutu ; an anti apartheid hero and noble peace prize winner dies at 90 years of age after along battle with prostate cancer being diagnosed with the same in the 1990s. Desmond Tutu died on the 26th of December, 2021 at the Oasis Care Center, Cape Town in South Africa, a death that

Archbishop Desmond Tutu ; an anti apartheid hero and noble peace prize winner dies at 90 years of age after along battle with prostate cancer being diagnosed with the same in the 1990s.

Desmond Tutu died on the 26th of December, 2021 at the Oasis Care Center, Cape Town in South Africa, a death that wasn’t taken lightly by many.

The anti – apartheid hero preached against tyranny of the white minority in South Africa and his ideas of a rainbow nation were lauded by both the white and black South Africans, a nation he was afraid he would die before seeing but tried anyway.

Desmond Tutu traveled all around the world and became the face of anti apartheid at a time when South Africa was at the painful peak of segregation against black people, while the leaders of the then rebel ANC including the to become president Nelson Mandela were all in prison.

In 1975, Tutu — who was a primary voice in urging the South African government to end apartheid — became the first Black bishop of Johannesburg, South Africa’s capital, and later the first Black Archbishop of Cape Town. In 1984, Tutu was awarded the Nobel Peace Prize for his non-violent opposition to apartheid.

The mourning of the Nobel peace prize winner was all around the world with sentiments from well known men and some are as below;

Cyril Ramaphosa, President of South Africa -” one of our nation’s finest patrons” , ”our nation’s loss is indeed a global bereavement.”

Barak Obama, former president of The United States of America- “Archbishop Desmond Tutu was a mentor, a friend, and ‘a moral compass’ for me and so many others”. ”He never lost his impish sense of humor and willingness to find humanity in his adversaries.”

Names like;  a fine patron, moral compass were used to refer to the archbishop, some even called him, ‘the nation’s conscience” – all to say; the globe remains in mourning over a great man who lived to a standard and wanted it for all, he will be missed!

Desmond Tutu was a long time and good friend of the first black South African president and when asked then how it felt to vote he said, it’s like, “falling in love”.

Former president Nelson Mandela and Desmond Tutu were both born and lived in Vilakazi street in south Africa, which leaves Vilakazi street the only one to have been home for two Nobel prize winners in the world.

A life lived is one that leaves marks of life that people can trace even after ages ; Archbishop Desmond Tutu lived and will be remembered.