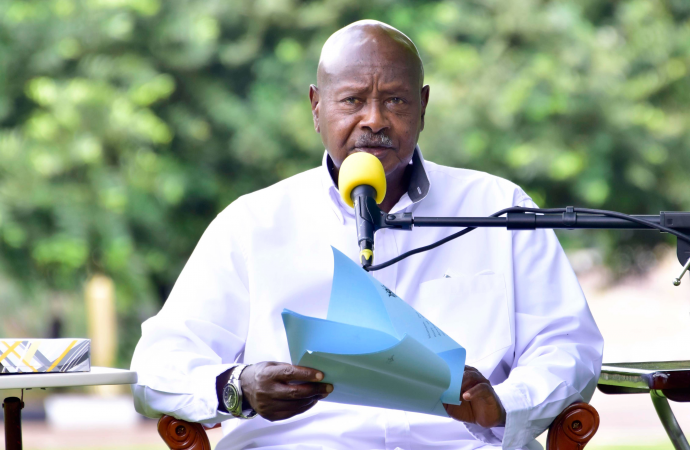 Uganda declared an Ebola outbreak on the 20th September, 2022 after a 19 year old male died of the same. The lockdown scenario covers the country again as many fear it may go beyond the said districts.

All of the following measures will take effect immediately and will last for 21 days:

1. Movement into and out is prohibited with immediate effect.
2. Movement between Kasanda and Mubende prohibited.
3. Curfew from 7pm till 6am for both districts stay at home during curfew hours.
4. Movement if persons within their respective districts allowed during day.
5. Public and private transport not allowed to move within the district. It includes boda boda, taxi buses- no movement coz these are centers for easy spread. They should be parked.
6. Cargo vehicles can move. Ministry and government vehicles (only those allowed) and security vehicles can move within and not between the two.
7. Transit vehicles from Fort Portal, Kagadi and Hoima can transit through these districts and no stopping or picking any one.
8. Cargo trucks can move goods but no passenger. One driver and one turn-boy.
9. Cargo to be delivered during the day. Operators not allowed to spend a night or else they are quarantined for 21 days.
10. Seasonal markets suspended.
11. Mines will remain open no inter- district movement.
12. Schools will remain open and learners have to put on uniform.
Monitor temperature.
13. Temperature should be taken and any child missing school should be reported.
14. Contact and Ebola symptoms stay home.
15. All places of worship are closed.
16. All places of entertainment, gyms and sauna in the districts banned.
17. Samples to be taken from all dead bodies before burial to test for Ebola by a health worker