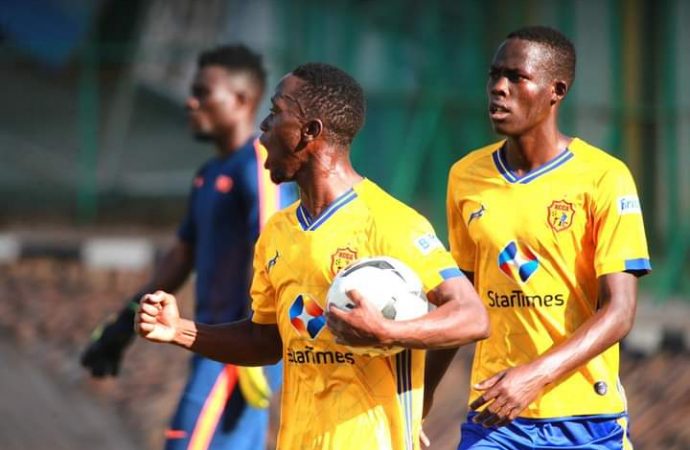 The Rwandese club has knocked out 13 times Uganda Premier League Champions on away goals rule having managed to score an important away goal to make the aggregate 3-3.

The first leg of the game was canceled by CAF and AS Kigali was handed a 2-0 advantage because KCCA FC could not field a team of 15 players after a good number had been affected by COVID 19.

Ahebwa scored in the the 1st, 35th and 76th minute and Hakizimana found his in the 48th minute.

Two goals down from the 1st leg, Ahebwa gave the KCCA FC a life line when his rocket shot beat goalkeeper Shamiru Batte with just seconds of the game played for a much needed early goal.

Bright Anukani with his magical foot assisted Ahebwa to find the second for KCCA FC in the 35th minute.

Early in the second half, Hakizimana pulled one back for the visitors when he calmly converted the penalty by sending goal keeper Lukwago the wrong way.

Ashraf Mugume gave the Kasasiro boys progress hope when he assisted Ahebwa on the third in the 76th minute to make it 3-1 which was not enough at the 90th minute mark. 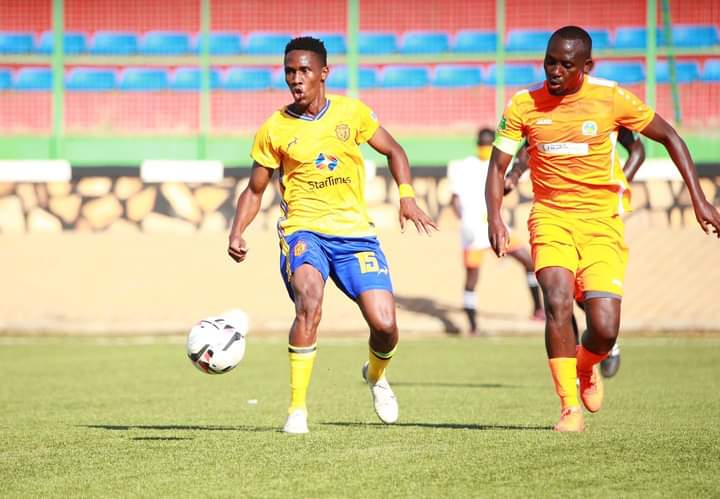 Photo: KCCA FC’s Ashraf Mugume in action against AS Kigali

Team Captain and goal keeper Charles Lukwago was at his best when he denied the visitors an equaliser on two occasions when he pushed away danger man Tshabalala Hussein’s two close shots and later in the second half denying Hakizimana.

Ugandan goalkeeper Batte made a heroic save when he denied Ahebwa in the 92nd minute to ensure they play on the next round of the confederation cup.

Joseph Kafumbe and Samuel Senyonjo were replaced by Steven Serwadda and Sadat Anaku at half time, then Charles Lwanga was brought on for young star Kizza late in the second half.

AS Kigali will play one of the losing sides from the CAF Champions League first round ties.