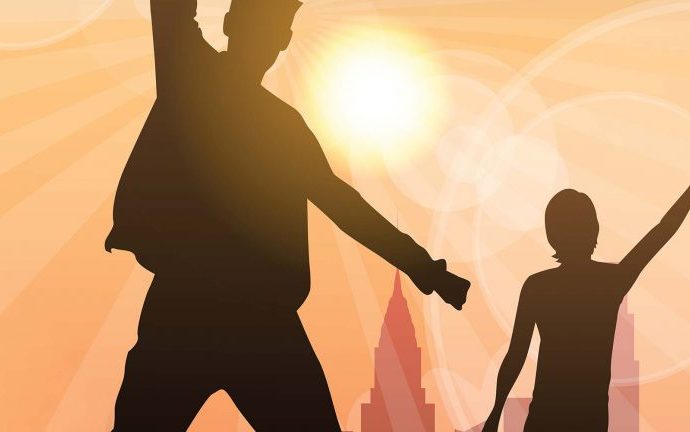 There are so many days that we celebrate all around the globe. We even commit reminders of these days, they have become important to us and there is a sort of attachment toward each one of them that we dirty our calendars making reminders. It is however; with all due respect: when it comes to

There are so many days that we celebrate all around the globe. We even commit reminders of these days, they have become important to us and there is a sort of attachment toward each one of them that we dirty our calendars making reminders. It is however; with all due respect: when it comes to days that celebrate men in specific, i.e. international men’s day or even father’s day; not the same hype or even sentiment. The world just seems cold and unaware, even with many men and fathers we have and love in our family, community, nation, world or circles. I am guilty as charged! yet I still wonder can a cold man who has become aware they need warmth make another warm?, that’s what I would like to do as we wade through this dilemma.

International Men’s Day is a global holiday celebrated annually on November 19th to recognize  and celebrate the cultural , political and socio economic achievements of men. The broader and ultimate aim of the event is to promote basic humanitarian values as well as awareness towards the issues of men and boys.

The international men’s day was inaugurated on 7th February, 1992 by Thomas Oaster even when the project was conceived earlier on – on the 8th of February,1991. The project struggled a few years down the road until about death since many countries did not observe the day and those who did , didn’t do so uniformly, days were scattered causing confusion and less or no uniformity in celebration and cause for the same.

IMD was revived by Dr. Jerome Teelucksingh , a history lecturer in west indies in Trinidad Tabago in 1999. 19th November to celebrate international men’s day was chosen by Dr. Jerome Teelucksingh to celebrate his own father, whose birthday is on the same date. The Dr.  also chose 19th November to celebrate how on 19th(1989) , Trinidad and Tabago’s football team had united the country with their endeavors to qualify for the world cup ; both reasons honoring a man!

International men’s day is set to celebrate positive male role models; not just movie stars and sports men but everyday , working class men who are living decent , honest lives; the IMD has 6(six) pillars it stands by, this being top of the list.

The dilemma however is, even with these well put pillars including; to improve gender relations and promote gender equality – international men’s day is still over a period of 28 years not observed by the UN as it observes International Toilet Day on the same 19th November.

It is important that the UN be apart of an observance since it is the uniting body of more countries than any other body ever created by men. It then ensures that the issues voiced by a particular group of people – in this case men and boys are actually addressed internationally through various laws’ formations and implementation from up to down binding to all countries under the UN which is 193 member states now.

International Men’s Day unlike international women’s day(08th March) or international toilet day(19th November) is not observed by the United Nations which makes me search for every possible reason but just land at a lazy; “may be men are actually super heroes, they have nothing they need help to sort”.  A gap some writers have called, a great injustice.

The theme for international men’s day in Uganda, 2021 : Mentoring Adolescent boys into becoming responsible gentlemen, even causes a bigger eye brow raise. As a country we have burnt our entire energy on girls forgetting that these girls will meet those un attended to boys which will still leave a mess in homes, families, schools, marriages , communities and the nation at large.

Men are leaders in everyway; naturally called on the basic, to be fathers, husbands which roles require high end commitment to leadership everyday but how can a man who can not lead himself lead a bunch of others?, disaster is bound to happen.

Leadership means sacrifice and dedicated service that may never be up-lauded  – but how will they be so if they have not been taught, guided or supported, if they have not been made to realize they are equally important – by these issues being raised and taken seriously. They will live everything below that bar and generations will suffer greatly.

Now even as the space between us and the UN seems like an arm’s strain , begin with you, find time for that young man.