STUDENT SUSPENDED FOR SAYING, “THERE ARE ONLY TWO GENDERS” 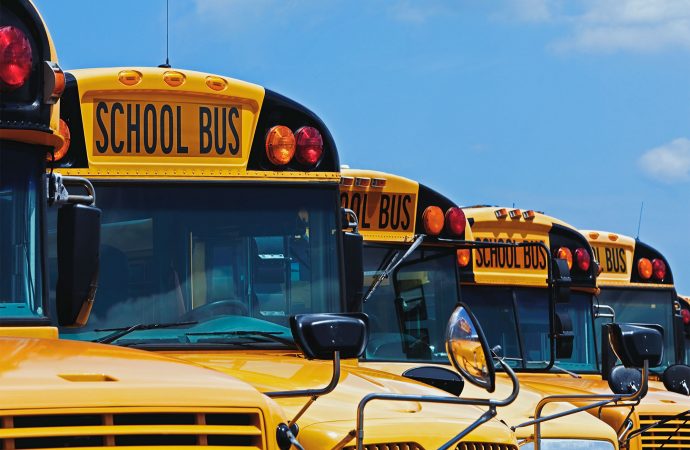 A new teenage Hampshire student athlete at Exeter High school was suspended from school for saying, “there are only two genders” while in a school bus with classmates. The student athlete is suing the school for suspending him from a football game after he had an argument on a bus where him and his class

A new teenage Hampshire student athlete at Exeter High school was suspended from school for saying, “there are only two genders” while in a school bus with classmates. The student athlete is suing the school for suspending him from a football game after he had an argument on a bus where him and his class mates where finding pronouns to refer to people in Spanish; he insisted there where only two genders.

Exeter High School is a public school in Exeter, new Hampshire, in the United states. It serves students in grade 9 through 12. The school was founded in April, 7th 1954.

In the U.S, government has some basic rights governing public schools just like any country including;

All New Hampshire public school students have the right:

We have four of them above and right No. 3 is where the biggest issues have risen presently in the U.S.  We discuss these things even here in Uganda because if we thought objectively, we then know how this affects the world as a whole or gives us the sight of things to happen home…in the nearest future.

Today if you went to Google and asked for gender pronouns, you will be amazed, it is more than; he or she; you will be given up to about 50 pronouns because the debate out there is, should one stay with the gender they were created with or they can choose?  That is what they have called gender identity. Apparently, not every man is a man neither is every woman a woman. Such a confused generation.

The young athlete according to the lawsuit against the school by an attorney with the Christian organization: Cornerstone Action, is with the claim that he stated a catholic based belief that there are only male and female genders. The expectation however is that this student acknowledge even on his most sober day that all these below are gender pronouns;

These many different pronouns that are probably new or familiar to you are designed to fit the LGBTQ community, they are all called something there. Some of them do not identify as male or female, neither do they as transgender but queer(they have no idea) hence the many options, some have a different gender each time they feel different as the day goes by.

Even as this lawsuit finds its settled pronunciation, the call to all of us is to buckle up for this ride is only getting bumpier, tell the truths to your children or the world will for you and in the most strange yet convincing teaching. If a scripture made sense right now, it would be :

“Train up a child in the way he should go; even when he is old he will not depart from it” – proverbs 22:6
courtesy photo: